It’s July and it feels like 100 degrees outside so naturally I made something light and refreshing to cope with the heat.

Okay, not so much a summertime treat. But hey, I did add ice cream. I should get points for that.

I’ve been wanting to make this for the past several months after I saw the recipe in Martha Stewart Living. I ripped the recipe out to save and this picture has basically been begging me to make it every since. So Sunday was the day. Mainly because I finally came across the Medjool Dates at the Fresh Market that are recommended in the recipe.

Whoppers! Just slice them open, remove the pits and coarsely chop them up for the batter. I love that this dessert just calls for a few ingredients. And that the dates get soaked in steaming hot coffee. Again… so summery.

And then after the cake comes out of the oven, you pour warm, cozy toffee sauce all over the top. The sauce is super easy, too. Three ingredients easy. Poke the cake with a toothpick or skewer and pour the sauce all over.

I went all lollipop stick on mine for greater saturation. Let’s look at that again. The cake is gloriously drenched and just delicious all by itself.

But it looks kind of lonely, don’t you think? Here’s the recipe from Martha if you want to make it too. I mean if you want something hot to cool you off. 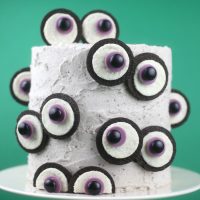 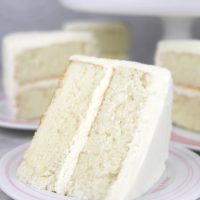 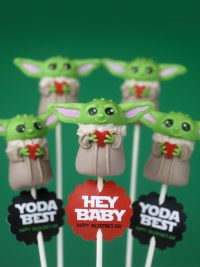