Cupcake and glaze recipes amended ever so slightly from the cookbook, Bundt Classics 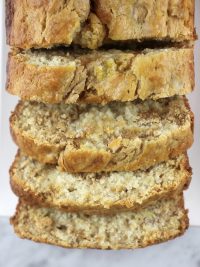