S’mores equal ooey and gooey and yummy. To make them, all you really need is some marshmallows and melted chocolate to sandwich between a couple of graham crackers for a quick and easy treat.

But, I wanted to make something more. Something s’more I guess you could say… by using the star players in this sweet treat and baking them into cupcakes.

I originally wanted to make cupcakes with a marshmallowy frosting that I could use a kitchen torch thingy on and toast the surface. However, I don’t have a kitchen torch and that’s probably a good thing. But I had to get these flavors out if my mind. And the only way I could do that is bake. So this is what I came up with instead. First, I added a little graham cracker cupcake batter in the bottom of the baking cups. And then I topped it with a butter, graham cracker and brown sugar mixture. Ohhhh yeah. Then I cut some marshmallows in half and placed them right on top of that. Lastly cover the marshmallows and fill the baking cup about 3/4 full with the chocolate cupcake batter and more of the graham cracker crumb mixture. When they bake, the marshmallow will mostly melt away into the cupcake, but a little will make it’s way to the surface and peek through the topping. Then when you unwrap them, they will be perty! These looked too tempting right out of the oven so I may have had one or three while they were still warm. You could definitely stop here and serve them just like this. You can just use a spoon and pour it on randomly so you can still see some of the textured tops underneath. You can also dunk them for complete chocolate coverage. But, I like the messy look on these. The non-precise, shove in your face look. And I also like them with the extra marshmallow look. Not as easy to stuff in my face this way, but I managed.

Preheat oven to 350 degrees F.
In a bowl, mix flour, sugar, baking powder and baking soda together with a wire whisk.
Separate the mixture in half into two bowls.

Prepare the graham cracker crumb topping.
Add the brown sugar and crumbs in a small bowl and pour on the melted butter. Stir until combined.

Bake cupcakes for about 15 minutes. Place a cookie sheet underneath when you bake just in case. I had a little bit ooze over into the oven. Oops.

This recipe will make at least 12 cupcakes. I had a some batter from each left over so you can probably get more like 14-16.

Let cool and top with ganache.

Heat the butter and cream on the stove. Heat until just before it boils. Remove and pour over chocolate. Stir until completely melted and smooth.
Pour over cupcakes and add more marshmallows if you desire. P.S. These are not gluten-free. But thank you so much everyone for all of the great gluten-free links and resources on the previous post. I do think I will give a go at a recipe sometime once I get my hands on the right ingredients. 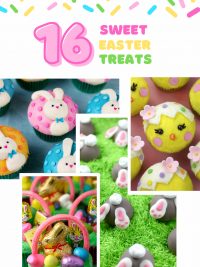 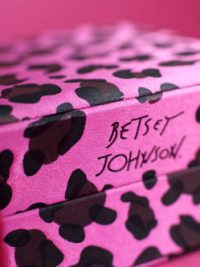