Categories: Cupcakes, For Him
121 Comments »

121 comments on “Are you ready for some footballs?” 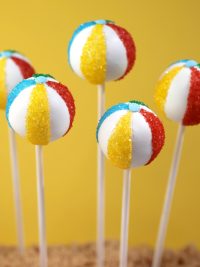